Loving a Dog Means You Will Lose a Dog

Loving a dog means you will lose a dog. It’s just a matter of time. It’s a cruel fact – dogs have a much shorter lifespan than us humans.

I lost my Noble many years ago, but even more than a decade, the pain of losing my beloved furry companion still stings. 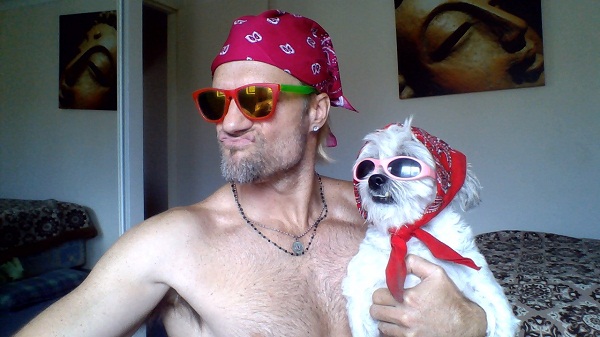 Goofing around with my furry fellow Bengo.

How I Met My Noble

It was at a party that I met Noble. He was just a puppy then, 4 months old and I was a young college student. While everyone was inside drinking, I was out in the backyard playing with him. He belonged to one of the people who lived at the house where the party was. I’ve always loved dogs and I’ve longed to have one. But I had no idea that 3 months later, Noble would be my dog.

One day a friend of mine overheard that I was ready to have a dog and was looking for one. So she told me about a dog who was left behind by a former housemate at her place. She said she couldn’t take care of the furry fellow and so I went with her to take the dog home. And I was ecstatic to see that the dog was Noble, the puppy I played with 3 months earlier.

Noble was an emotional wreck when I got him. The poor pup had spent the first 7 months of puppyhood in an enclosed backyard with no trees, no grass, and no companion. He was abandoned and left on his own. He had no confidence, and he didn’t know how to socialize with either dogs or humans. The rare times he had some interaction was when someone would throw food at him to eat and that was it.

I knew that the first few months with Noble wouldn’t be easy. But I did not give up on him. I knew that with love and affection, Noble would eventually be the dog that he’s always been – sweet, loving, playful, and loyal. I knew he would come out of his shell and he did. Oh boy, he did.

Life Became More Beautiful With Noble By My Side

We were inseparable. He was with me all day while I studied. He loved chasing balls, running, swimming at the beach and so we did all these things almost every day. In just a few short months Noble grew to be a proud, confident, playful and a very sweet dog. At night and for afternoon naps, we slept side by side.

For 4 years, life was good. Noble was doing great.

I noticed though one day that Noble started getting lazy. At first, I thought it was nothing. But after a few days of him being lazy, I also noticed that he seemed to be looking bloated.  My alarm bells started ringing. So I took him to his vet.

As any dog parent is whenever going to the vet, I was anxious to learn what was wrong with Noble.  I wasn’t expecting though the news I got that day. Noble had a kidney disease and he would be dead in 5 -6 weeks. My head started spinning and I felt like I couldn’t breathe. I prayed that I was just in a bad dream, a nightmare and that I’d wake up from it. But I was wide awake. And the reality was my dear Noble was very ill.

The Painful Guilt I Have to Live With

The vet asked me what I was feeding Noble. I was a student then and I had very little money. So I was feeding Noble the commercial dog food I could afford. Unfortunately, the vet said it was of low quality and with many dangerous additives. He believed that these dangerous additives in commercial dog food were responsible for the damage in Noble’s kidneys. I was in utter shock. I felt angry after hearing this. And at the same time, I felt guilty. I fed Noble low quality dog food and now he’s dying.

Holding on to Hope

The vet recommended that I put Noble down right then. But I refused. I was still clinging to hope that Noble will pull through this. Even with very little money, I bought expensive but high quality food that was suited for dogs with kidney disease and I spent for his medicines. Sadly, it wasn’t helping.

The Hardest Decision I Made

As days went on, Noble wasn’t getting any better. I’d see him wake up gasping for air. It turns out this happens because his lungs were filling up with fluid. I saw him try sleeping standing up and collapse on the floor and urinate on himself.  I realized then that I was being selfish for not letting him go. So I made that very painful decision to end his suffering and put him down the very next day.

My Last Moments with Noble

I had to go to my university for an exam that morning but before I left I told him today was going to be his last day and that he will no longer suffer. As I was walking into my exam, a fellow student asked me how Noble was and I just lost it. I bursted into tears. I was sobbing while taking the exam.

I went right home after I finished the test so I could take Noble to the vet to be put down. Despite his advanced condition, Noble greeted me with a beaming face and with his tail wagging in excitement as he saw me walking in through the door.

Before going to the vet, I took Noble to his favorite park and I carried him to a tree. We just sat there, side by side, looking at the beauty of nature. You know how when dogs are happy and they have that look on their face, a smiling happy face? He had that happy, smiling face and he never stopped smiling.

If only I could stop time, I would have. We could have stayed there forever, just me and Noble enjoying each other’s company and just looking at the beauty around us. I was still praying for some miracle. But I knew that holding on to Noble for far much longer was just causing him more pain. With a heavy heart, I carried Noble back to the car and we drove to the vet. I knew that I needed to do this for Noble.

Because Noble was so bloated with fluid, his vet was having a hard time finding a vein to inject the euthanizing agent that the vet had to shave off fur in his one leg. I was granted to hold Noble while the vet did the shaving and I am thankful for that few extra minutes I was able to hold him in my arms.

I hugged Noble closely and I was whispering to him everything will be fine and that soon he would be returning to the love of god and that I will love him forever as the vet pressed on the plunger of the syringe.  Noble went limp in my arms and just a short moment later he let out a final gasp. Noble was gone.

That day was the saddest day of my life. It still is.

I have never forgotten Noble. It’s been more than 10 years since he passed away but I still think of him almost daily.

Words cannot describe the pain of losing a dog. I wish that I had known better then. If only I had known about the dangerous chemicals in many commercial dog food brands then Noble would have lived a longer life and he would have been spared from immense suffering. He would have had many more days chasing his favorite ball, swimming in the ocean, enjoying nature and the beauty that life has to offer.  But I couldn’t turn back the hands of time.

I could only move forward. Noble’s passing brought me to a new journey. I wanted to help fellow dog owners learn how to better nourish their furry family member and spare them the guilt of losing their dogs because of poor judgment on dog food like I did. Which is why I poured years and years researching dog nutrition and finding the best dog food brands available in the market. Noble was the reason I started healthy-k9.com and Dog Food Secrets, a series of books on dog nutrition and dog health. And although, it’s bittersweet, I am thankful that Noble had allowed me to help other dog owners all over the world and continuously do so up to now. 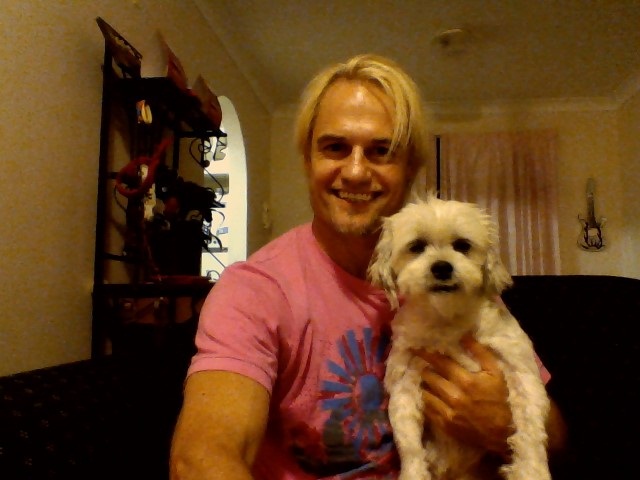 At home with my dog Bengo

When You Love a Dog Life Is More Beautiful

When you love a dog, you experience a love that is unconditional, you learn to live in the now, enjoy simple pleasures and life is more beautiful.

You are always and will always be in my heart.