This is a story of love and friendship. 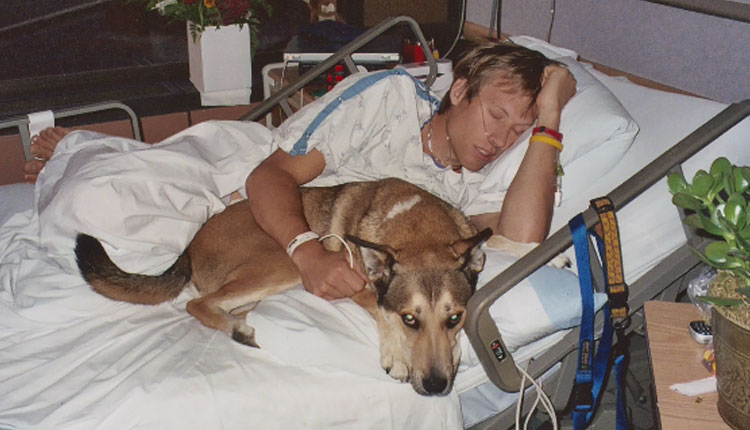 Denali comforts his human Ben Moon during his battle with cancer.

Ben Moon, a photographer adopted Denali back in 1999. Denali was a loyal companion. He stuck with Ben through the good and the darkest of times. And Ben did the same for Denali. Last year, at 14 years old Denali bid goodbye and this tribute Ben Moon did for Denali will move you to tears.

Told creatively through Denali’s perspective, this is a tale of the unbreakable bond between a dog and his human.

We can’t really say much more. We’ll let this beautiful tribute speak to your heart.

There’s no easy way to say goodbye to a friend, especially when they’ve supported you through your darkest times.

Made possible by Patagonia
Generous support from: First Descents, Ruffwear and Snow Peak

The end quote of the film is an excerpt from an incredible story by writer David Dudley that we highly suggest reading: ‘What Our Dogs Teach us about Aging.’ http://www.aarp.org/health/healthy-living/info-2014/aging-in-dogs.html [Thank you for saying it so perfectly, David]