The cases of pet abandonment is on the rise all over the world. Sadly, a number of abandoned and rescued dogs are put down everyday because shelters can no longer care for them. This is a sad fact. But these celebrities have opened their hearts and homes for rescued dogs, opting to adopt than shop. And this is enough reason for us to love these celebs. 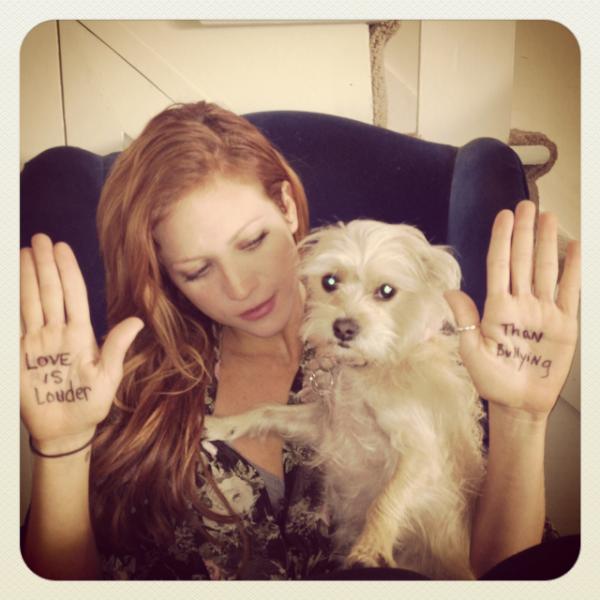 Brittany Snow, star of the cult sensation movie Pitch Perfect, Pitch Perfect 2 and soon Pitch Perfect 3, stumbled upon Billie Jean (yep, that’s her dog’s name) while looking for a couch when decorating her home. When she walked in at Barks n’ Bitches, a pet boutique in LA that rescues dogs from California kill shelters right before being put down and saw Billie, she fell in love with this adorable pooch and took her home. Anna Kendrick, Birttany Snow’s Pitch Perfect co star revealed how spoiled Billi Jean is. “She sings The Supremes to her dog. It’s the cutest thing I’ve ever heard in my life,” Anna Kendrick said.

Kaley Cuoco Sweeting who plays Penny in the hit TV series The Big Bang Theory adopted Miss Ruby from the West Valley Animal Shelter. The star even wrote a thank you message on Instagram to the shelter for keeping miss Ruby safe.

Jon Hamm who starred in the recently concluded hit TV series Mad Men actually sponsors a rescue shelter in LA and volunteers at the shelter as well. On one of his visits, he caught sight of Cora and immediately fell in love with her. You can guess what happened next – he took Cora home.

Kristen Bell, the voice of Gossip Girl on the hit TV series of the same name and star of the hit TV series Veronica Mars adopted Mr. Shakes just in the nick of time. Mr Shakes was was set to be put down the very next day and thankfully Kristen Bell swooped in and saved the lovely pooch. Kristen together with her 2 rescue dogs Lola and Mr Shakes actually appeared in a PetSmart Charities video promoting animal adoption.

If you’re thinking of getting a dog, visit your local shelter and give a rescued dog, a furever loving home.

Do you know any other celebrities who have opened their hearts and their homes to rescued dogs? Feel free to add them on the list.

About the Author: Martina Connor